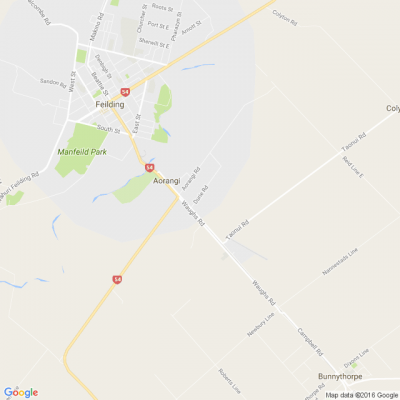 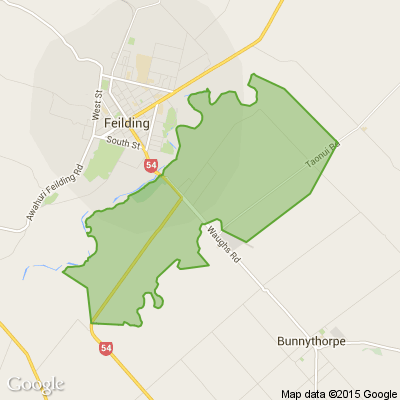 Does the water on the windows cause mouldy Curtains?

The answer: Not Directly.

Only if the curtains are actually touching or touch the window, which most don’t. It derives from and does contribute to the general humidity in the surrounds around the curtain which again contributes to the development of mould. Water on windows is mostly somewhere between 75 and 100 mm from a curtain so how it hops the space to create mould is an interesting question.

I have seen curtains more than a meter from the windows and still moldy and curtains 20 years old with no mould. Not in the sun.

Moisture on windows is caused by the lower dew point of the glass. The warmer the air in a room/house the more moisture it will hold. It is a natural reaction for the moisture in the air to collect on the cool glass as the warm moist air attempts to equalize the air temperature and the glass temperature. The cooler glass sucks the heat out of the air.

Heat always travels from hot towards cold, leaving the moisture on the window and the warmth heating the glass until the outside temperature is the same as the inside temperature.

The closer together the temperature of the air and the glass the less it will happen. Indeed in the summer it works in the opposite where the higher temp of the glass heats the air in the room. This would also occur on days in the winter when the air in the house is cooler than the glass that’s heated by the sun. As soon as the temperature reverses the dew point on the glass lowers and then we have moisture on the windows. Same happens in your car.

Now without the sun or heating of some kind warming the curtains and the room, the curtains would remain at the ambient room air temperature but that’s not what happens. Heating or the sun will warm the curtains which like the air absorb the moisture from the air around them. This is also influenced by the humidity in the air at the time. If the curtains are cooler than the air in the room then any humidity will be absorbed by the curtains.

In doing so they also absorb the bacteria that is entrapped in that moisture. It important to note that that moisture can be from any source both inside and outside of the immediate vicinity of the curtains, for moisture in the air is carried by air currents that swirl around constantly, due to breeze, air temperature, movement by people and so on.

The curtains will adjust their own temperature and level of water absorbed up and down depending on the same factors, i.e. air temp, amount of heat applied to them by the sun and the amount of heat the material is able to absorb and retain and the all this is complicated by the time which curtains retain that heat and for how long.

So we have material curtains that absorb and release both heat and moisture all the time depending on the room conditions.


Thus we have curtains that essentially become mini glass houses or incubators, especially in the folds or where the sun has a high heat impact upon the material. A further compounding factor is the closeness of the material bulk to the wall. If as is mostly the case curtains are bunched against the wall, especially after being heated by the sun in the mornings, then the incubator effect is heightened. The same applies to late afternoon except that at that time the sun is intense and hotter than morning so the curtains retain more heat for longer. Midday sun is at a higher angle and so doesn’t affect the curtains so much.


The type of material also has an effect. Many older materials were natural and tended to allow more passage of air. Many of the modern materials are almost impervious to air and in the case of say taffeta’s and blackout material there is no “breathing” at all.

The use of Blackout material on many curtains has both the effect of no “breathing and it also retains an enormous amount of heat where the sun shines upon it. Put taffeta and blackout together and it’s a given that curtains and or more likely the linings will go moldy, even in rooms where there is standard ventilation.

How does the warmth affect the curtains?


As with all incubators and glass houses the warmth creates an ideal condition for bacteria to grow. Longer periods of warmth, especially where the humidity is high, such as in curtain folds, and even in the material fibres themselves encourage the growth of bacteria. Bacteria thrive in colonies and have an enormous rate of duplication, and will grow colonies that live and hibernate and create their spores that continue to reinfect and grow the new colonies.


This growth happens in the warm, mostly summer and on curtains is mostly seen as an orange-y or reddish spots. These colonies flourish and die and then regrow from the spores left in the curtains. This may happen for several years before they become easily seen.


By the time most people notice the mildew the bacteria have died, due to the cooler winter temperature and left their spores which have turned black. That’s what we see. They are hibernating mould bacteria which are responsible for the black stain seen on curtains and linings.


It would be rare for this to contaminate the curtains in a short period of time to a degree where it is very visible and usually we could expect two to three years for this to be readily visible and often longer. The black often becomes visible after winter when the cold has had its effect on the bacteria.

Where does all this moisture come from?
The air always contains moisture to a greater or lesser extent. In New Zealand, area’s such as Auckland, Bay of Plenty, Waikato and others have high levels of humidity on any given day because we are close to the sea.
Inside of a house as well as the air humidity level there are other sources of humidity.

People. People exhale moisture when breathing. Closing bedroom doors at night means that that moisture remains inside the bedroom unless there is ventilation to change the air.

En-suites which are now very popular contribute to the moisture in a house, are as do showers and cooking, especially boiling pots of water.
Un-flued Gas Heaters run on LPG are big contributors to the humidity in the room because the gas burns to produce CO2 and water aka Moisture.
Now we want to have these facilities as well as warm houses so we have created an ideal world for bacteria.

Some of the issues can be easily mitigated.


Heat pumps do not remove moisture from a house except at low temperatures whereas dehumidifiers remove the moisture from the air in the house and produce warmth in the process. Tiny ones are not much good but there are a number of larger models.(Remember your science and you will recall that the warmer the air the more moisture it holds, so warming it with a heat pump allows the air to hold more moisture from your cooking, showers etc. Dehumidifiers work by extracting that water, something the heat pump can’t/won’t do.). Using a dehumidifier means not having to install a ventilation system at more cost. Allowing for better room ventilation with cool air. Especially of the windows can be left just open to facilitate cool air inflow.

By changing the curtain rail brackets from the standard 65mm to 80 or 100mm so that the curtains are further from the walls and the windows. This allows for more air circulation around the curtains and thus less higher temperatures. Having separate blackout curtains on a different rail to the other curtains. Install a ShowerDome. In our experience roof ventilation systems and double glazing do not prevent this mildew problem but may delay its onset. 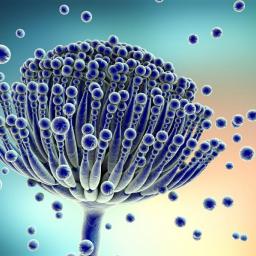 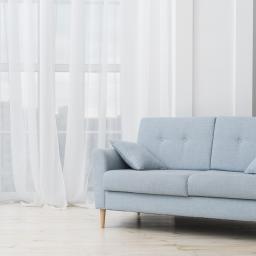 Poll: Should Kiwis be entitled to more sick leave?

With Covid-19 still a very real risk, people who are unwell are told to stay home, and to keep any sickly kids home too - but what if you don't have any more sick leave owing?

Most Kiwis are entitled to five days of sick leave a year, but some - often those in lower paid jobs - get less.

New Zealand’s minimum sick leave allowance is one of the lowest in the OECD. In Australia they get 10 days, in most European countries it’s even more.

Should Kiwis be entitled to more sick leave? 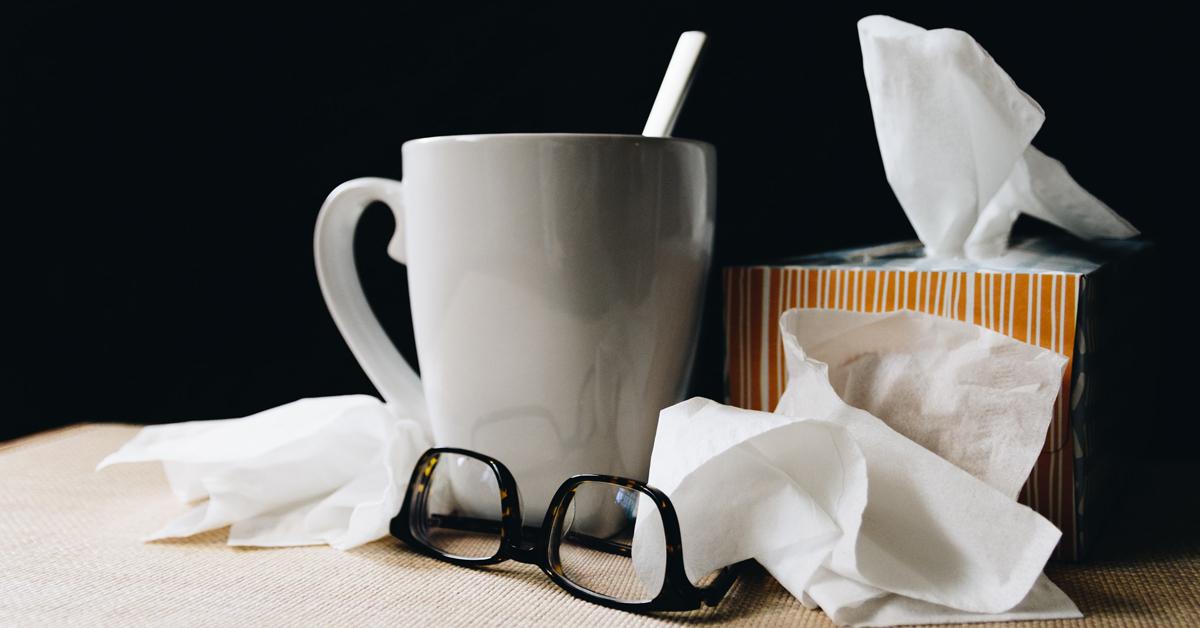 Paint it red with Resene for Red Nose Day!

Buy any red testpot from your local Resene owned ColorShop between 13-31 July 2020 and Resene will donate $1 to CureKids Red Nose Day!

The more red testpots you buy, the more will be donated! Offer applies to all retail purchases of Resene red testpots (excludes metallics and wood stains).

Help us make a difference to the health of kiwi children. Find my store 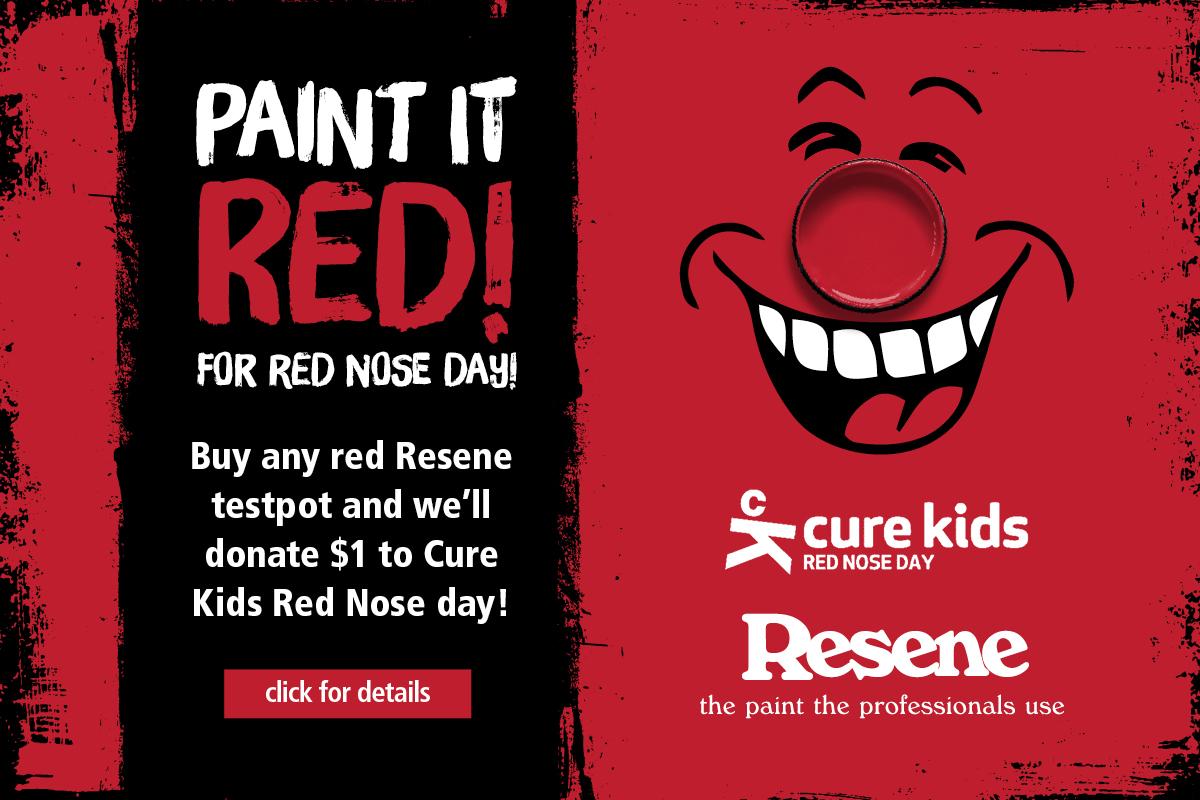 Tilly says kindness is when the community gets behind giving animals a second chance at life. To read more kindness stores visit our AMI Hub. Learn more 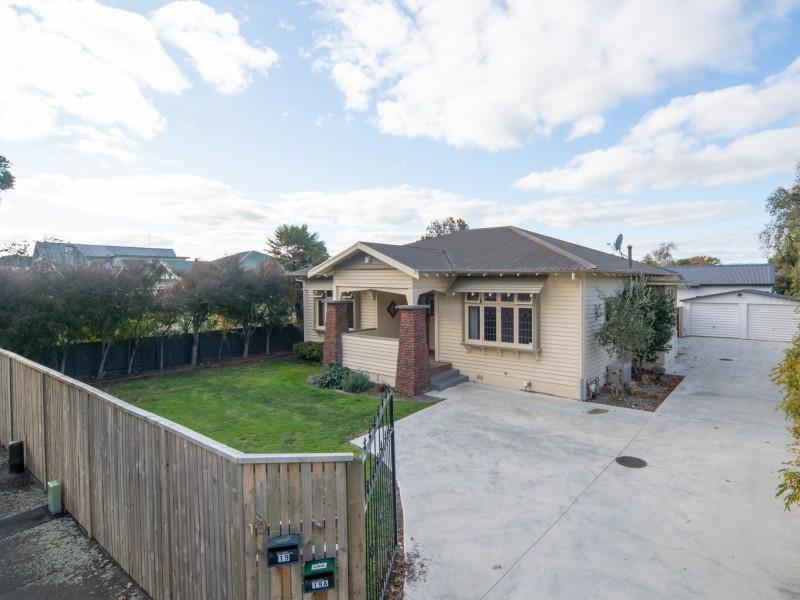 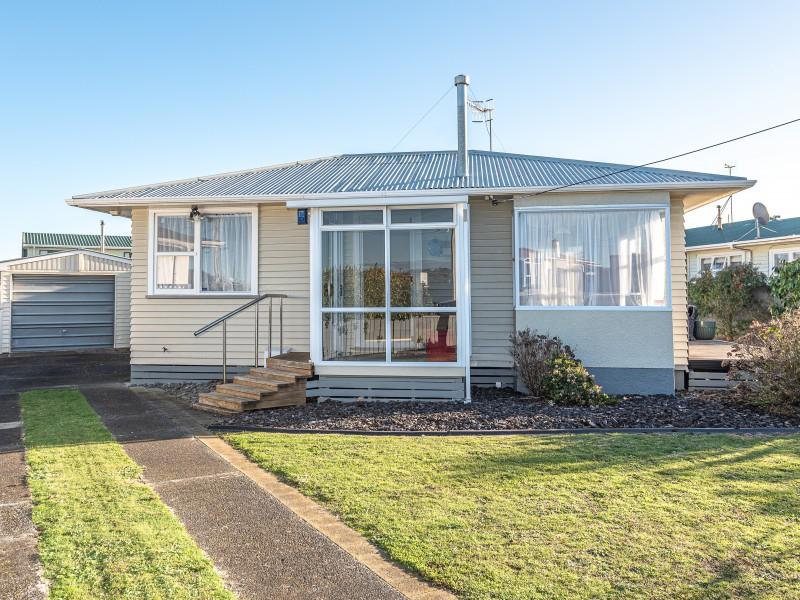 2 of 9
Marketed by Property Brokers Whanganui 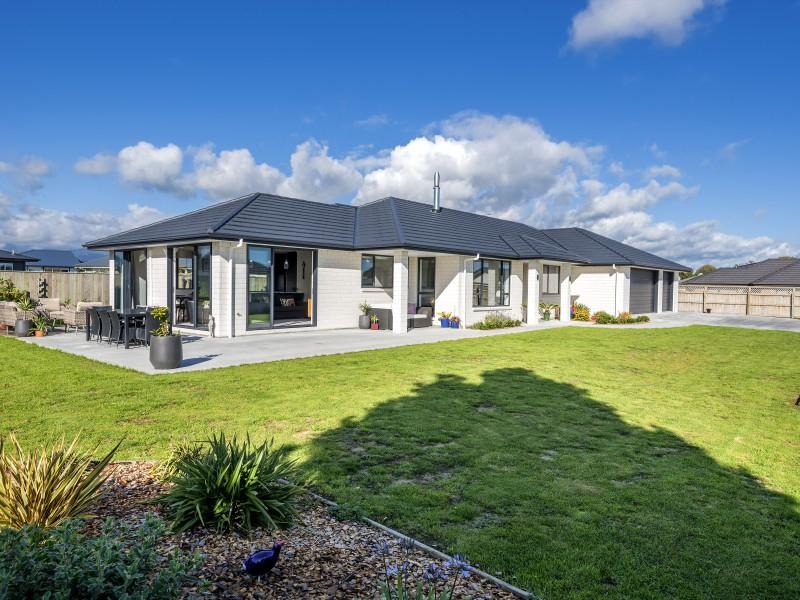 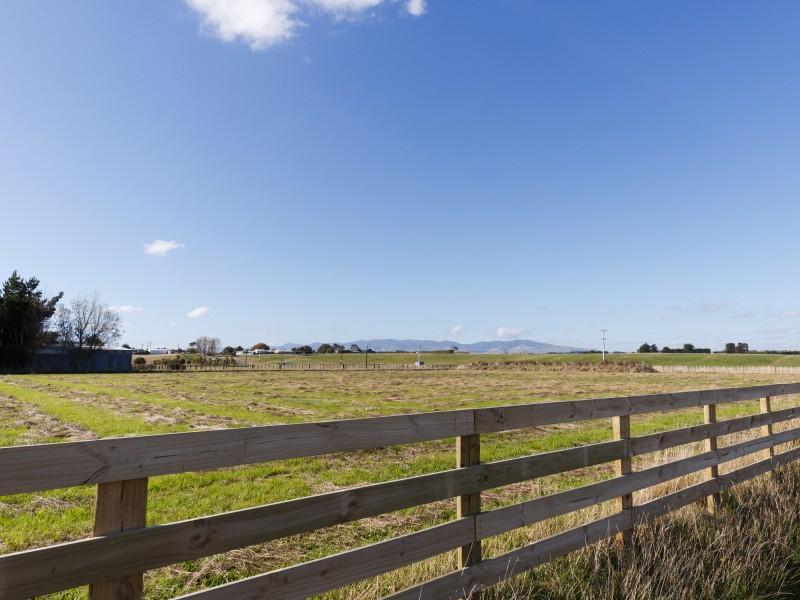 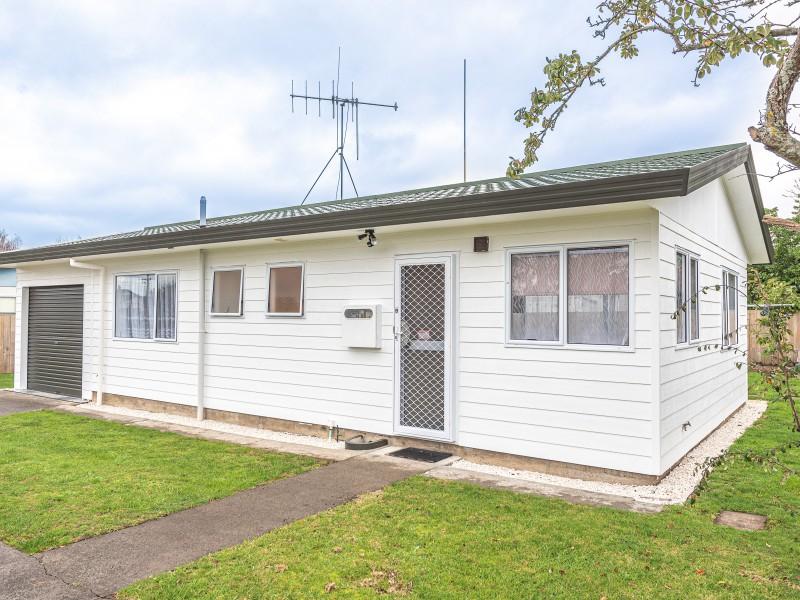 5 of 9
Marketed by Property Brokers Whanganui 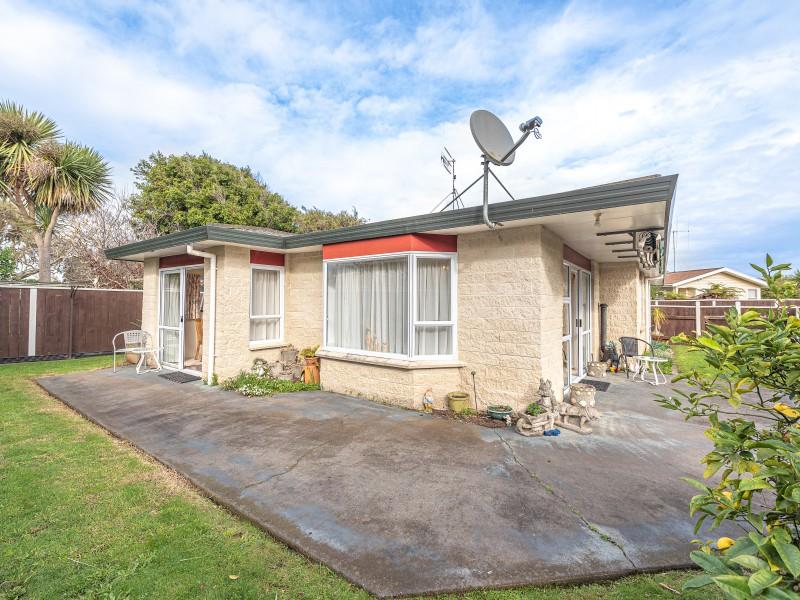 6 of 9
Marketed by Property Brokers Whanganui 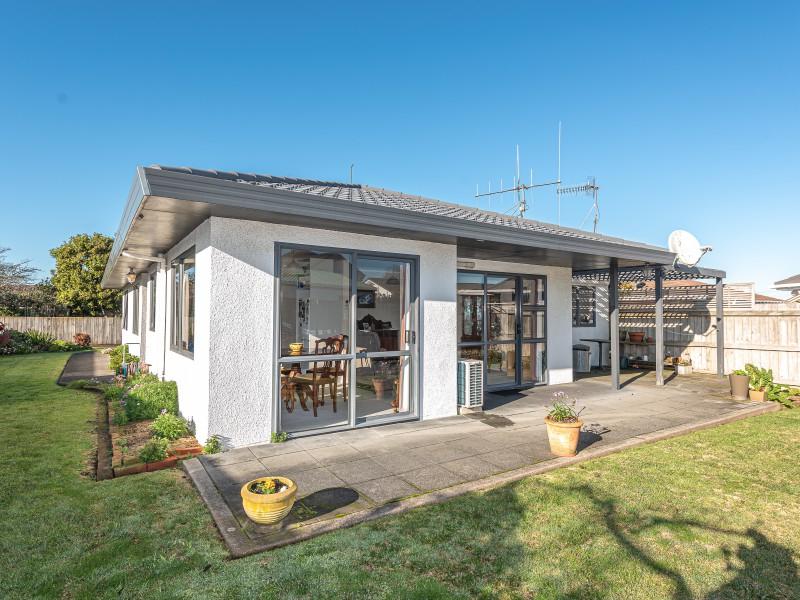 7 of 9
Marketed by Property Brokers Whanganui 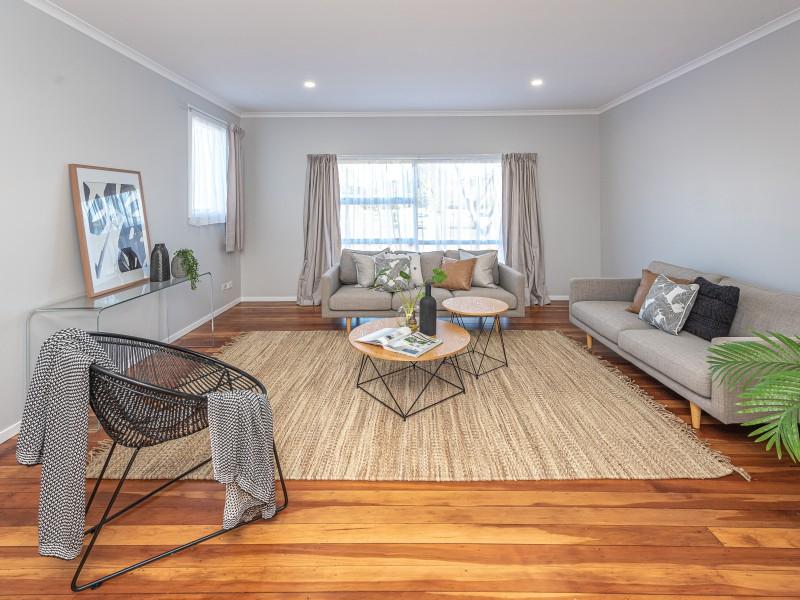 8 of 9
Marketed by Property Brokers Whanganui 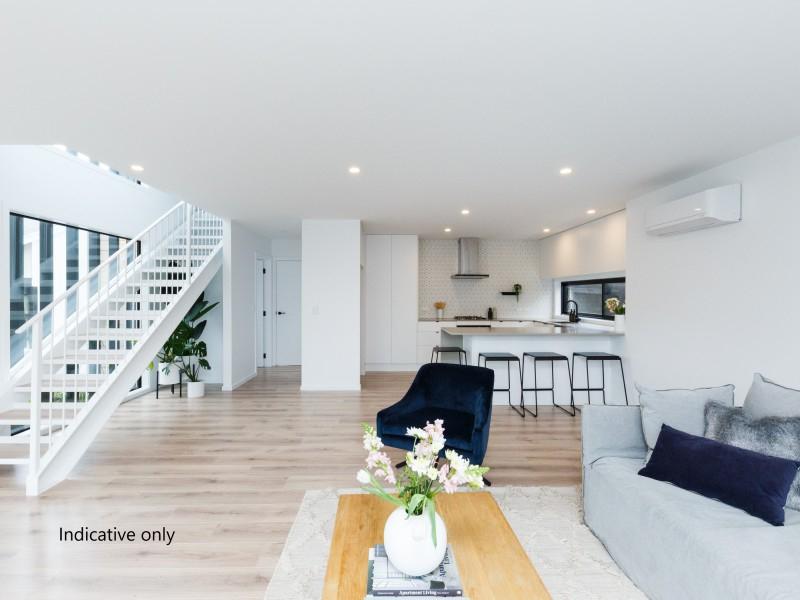